There is not a heart that was born, that if assured of saftey, would not open instantly

Usui Reiki is the first form of Reiki developed by Dr Mikao Usui founder of the Reiki Tradition in Japan.  Lia became interested in this form of healing while she lived in Japan in 1982-1984 but did not complete her formal Reiki mastership with the ability to teach Reiki and pass on the lineage until 2009 here in the USA.

Shamanic Reiki differs from traditional Reiki in that in Shamanic Reiki the client interacts with both the practitioner as well as their own body/mind/soul to achieve healing.  Shamanism is the oldest form of healing practiced by man that we know of.  It has been practiced on every continent at one point or another.

Lia became interested in Shamanism at a young age, she began her formal studies in 1980 at Godard College in Vt.  She has since studied with Medicine Story an Abenaki, Tzen Tzatzoehetzin, a Mexihkan shaman of the Tezcatlipoka Tradition, Grandmother Nanatasis an Abenaki.  She was initiated as a shaman in 2008 by Don Jose a Incan Shaman, initiated as a healer in the Tezcatlipoca Tradition by Tzen in 2006 and she just completed her training as a Shamanic Reiki Master in 2016 with Lyyn Cedar Roberts. 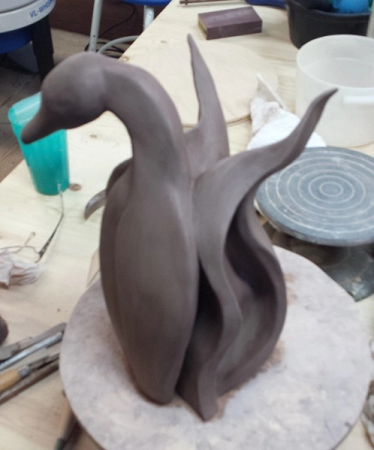 Clay as The Way

Clay Play
Inside of clay is a deep stillnessIt is like a large body of water, yet it's energy is profoundly earthy.

Much can be found with in a body of clay.  The joining of water and clay gives clay an elasticity, a fluidity, that can allow for many forms to flow from the users hands and hearts and emerge from the deep stillness with in.  It both brings us to the profound place of stillness, and allows a part of ourselves to travel back out thru it... giving voice to a part of ourselves that is hidden, and perhaps never spoken before.

As children, before we are taught that there is “good” art and “bad” art, we simply enjoy the act of creating.  It really wasn't until the last 200 yrs. that judgement developed around “making things special” vs making crafts vs making “real” art.

The need to create,  in humans is a well established fact.  Humans have been “making special” their tools, clothing, homes and yards since the beginning of recorded history.   There is evidence that to paint the walls of caves, some of our ancestors traveled 3000 miles for colored ocher.  Self expression through the creative process is valuable to the human psyche.

We all have inner critics to some degree.  If you had your creative fingers stepped on as a child or youth, your inner critic may be more than alive and well.  It may actually have enough power over you that you might be very reluctant to try creating again.   How ever if you firmly tell yourself that the value to you in this process is the process it's self, and not the product, most people find, that their suppressed need to create takes over when they are in a safe supportive environment.  But how often do we find that in our modern world?

It is a proven fact that we have wise parts of ourselves that can not speak through words.  These parts can easily express themselves through the creative process, no mater what our skill level with a particular medium is.

This inner wisdom is just waiting for us to allow it the joy of creative self expression.

Grow a garden tailored to your families nutritional needs.

Boosting your Immune system with herbs and nutrition

Call us for more information

Reiki a way to channel  universal life force  developed by Dr. Mikao Usui in Japan in 1922. Shamans have been working with "source" energy inherent in all things, since the beginning of time.

Reiki and Shamanism are well suited to each other.    The source energy of Reiki loosens and lifts energy blocks, often bringing deep relaxation and healing, while Shamanism seeks to remember (bring back together) all parts of our selves, reintegrating those parts into a holistic connection with ourselves and  the natural world.

We offer both or forms of Reiki combined or each separately.  As well as Classes in Reiki Levels 1, 2, and 3.

We know what we need to heal...

In person based therapy, a Rogerian approach, the premise is that the person always knows what they need to heal.  This is what Creative Arts Therapy is based upon.  So are energy based medicines, as well as Shamanism.  They all tie in together beautifully, naturally.

Samanism seeks to reconnect us with nature...

Understanding that everything is from source, and that source is not polar, we begin to find acceptance for all parts of ourselves.  Everything is energy, and all energy can be transmuted, or shape shifted.  Begin on this journey of self transformation, connect with the natural world in powerful, age old and deeply fulfilling ways.  Come home to yourself. 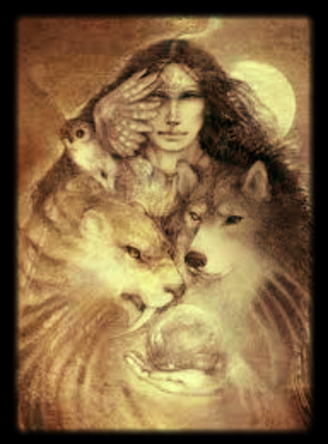 Want to Develope your Intuition?

Taking Reiki Levels 1, 2, or 3, is a great way to begin to develop your intuition.